Back in the UK again, sitting in the kitchen of Barnaby Brown, about to have my first canntaireachd lesson.

This trip marked my first time in London after the Globe show. Enticed by the many delights proffered by The Whisky Exchange (slightly embarrassingly £10 cheaper in London than in Glasgow...), I wound up back in the same neighbourhood as the Globe on Monday, and on Tuesday ventured only as far as Covent Garden, where I bought a very funky pair of shoes from this store. The shoes shall be honoured by a picture in the future...

London takes on a different feel in winter - suddenly it becomes clear in the endless grey why there is a tea called "London Fog." 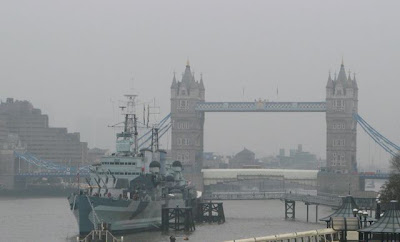 London Fog
Among my many vivid dreams in the past few weeks, one was about London public transit disasters. I took a picture before I woke up so that I could post it here: 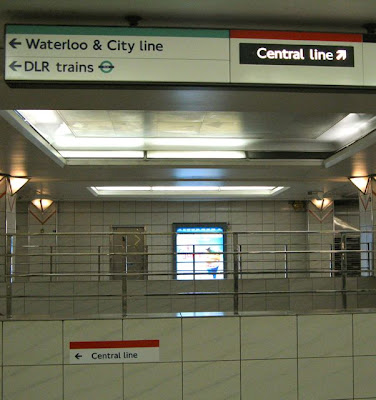 On my way to the Central Line

On Wednesday, I headed to East Knoyle to sit in front of a fireplace and drink whisky. Tick. Tick. I do very much approve of very affordable taster-sized bottles of expensive whisky: already an easily won over aficionado of Springbank 10 year old, we tried the 15-year old version and it was excellent.

The next day, Gawain and I drove to Oxford to hear a talk on Oswald von Wolkenstein at All Souls College, given by Marc Lewon. We passed some interesting architecture on the road, too. 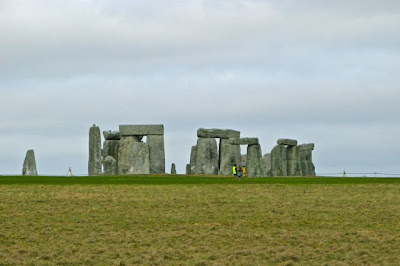 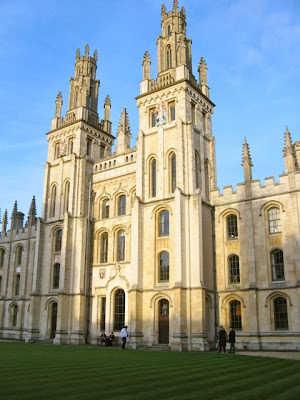 Ten points to Marc for answering Margaret Bent's question on how he would defend a certain assertion and he responded without hesitation "Duel."

I'm back in Glasgow now for a weekend of holiday before heading up to Aberdeen for more erudition and a further exploration of the many varieties of Speyside malt. Last night I opened the very luxurious 1985 Glenrothes that I've decided to carry around with me and share. The warm, caramel aftertaste was very enjoyable, the full on beginning of the sip though was a bit shocking until I realized that it tasted better if I tried to taste with the sides of my tongue.

Must get ready to go and walk up Ben Lomond now. Wish me luck, as my knee has been acting up lately. I'm so eager to head for the hills, though, that I've gone off coffee for the last three days in an effort to get the swelling down - it seems to have made a difference. I hope that Scotland's boggy, spongy ground, combined with using poles and shock-absorbent insoles and going absurdly slowly, will somehow serve to counterbalance my foolhardiness.
Posted by Catherine Motuz at 15:29