It's been a lovely weekend in and around Glasgow. On Saturday morning, Alison and I went to the farmer's market to eat eggs benedict at the Rio Café (yum), to buy some bream, dressed crab and venison burgers at the local farmers' market (yum yum), and to visit the new Cottonrake Catering, where there is nothing that doesn't tempt, and where baker Stefan has decided to name a pie after their very first customer. 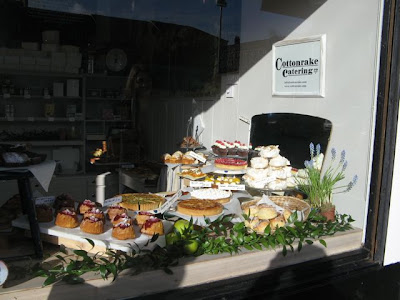 Things of Beauty
Laden with delicious items, Alison and I headed for the hills. Ben Lomond is a Munro about an hour drive from Glasgow, looming over the shores of Loch Lomond. It's got a gentler "tourist" path on its south side, but we opted for the more rugged and steep option 'round the back for the way up. 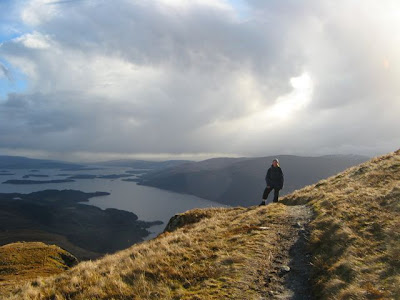 Alison in a Sunbeam
As we neared the top, it seemed that our view would depend on luck - some half hours the sky was blue and sunny, but at other times the summit was enveloped in cloud or even blowing snow. The wind became wilder as we approached the top, but fortunately it was blowing us onto the mountain and not off of it! 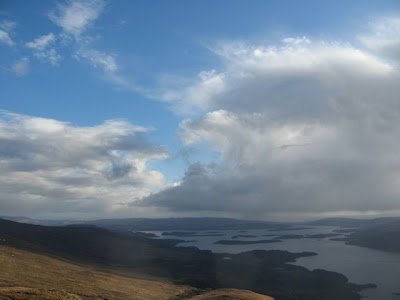 Sky and Archipelego of Loch Lomond
When we came to snowfields, we had but to follow the footsteps of the people before us. This one provided a bit of anticipation: 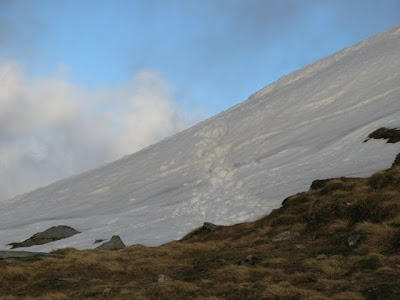 Path to the Sky
Picking one's way down the icy slopes was evidently not for everyone - when that seemed the only option, some hikers seem to have found an alternative. 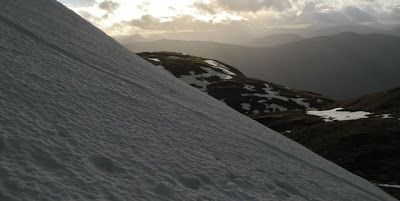 Near the top the rocks came in all shapes and sizes, made more dramatic by the light and the shadows: 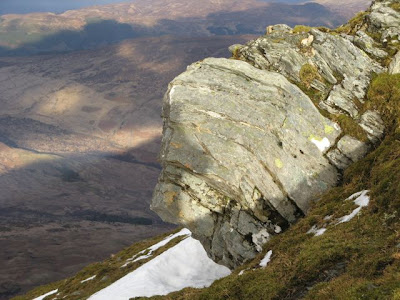 Old Man of the Mountain
We were quite lucky with the weather at the top! We had gotten (UK: got) a late start - we reached the peak as the sun was already beginning to set and experienced something which apparently never happens: having the entire summit to ourselves. 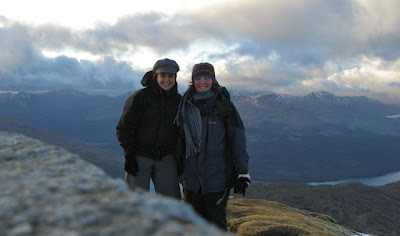 Smug
The hike down was a bit more trying. Not far from the top, the clouds gathered in and we were hit by a snow squall. Horizontal icy flakes bombarded our right sides as we picked our way down the rocks. Ten minutes later, it was clear skies again. Proper Mountain Weather. 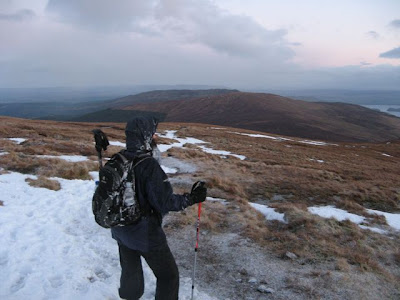 Clear Sky and Alison dusted in snow
I was using my poles and trying to find alternate paths on the spongy grass to save my knees, going carefully and extremely slowly. We hiked in twilight for two hours before getting out the headlamp (at which point I had to stick more to the rocky path and the muscles around my left knee winced at every step). But there was little to complain about: the path was good and the sky only cleared more, so that by the time we were heading down the last stretches of path, we could see above us the whole Milky Way, the Pleiades, and Orion shining brightly right above the glow of Glasgow in the distance.

We got back to the city just in time to nip into the shop and buy a bottle of celebratory Benromach (a speyside) one minute before the Scottish 10 pm curfew on store alcohol sales came into effect. Whew! Then a few hot chips from the fish & chip shop gave us the strength and comfort to cook up the venison burgers. David McGuinness came 'round and we drank whisky and listened to first edits of the impending Concerto Caledonia album well past midnight.

Yesterday was more relaxed, and a good thing too, because neither of us were comfortable with moving much. The knee that's been giving me trouble all week felt oddly better than usual - perhaps I managed to make my muscles do the shock-absorbtion work after all. Or perhaps it was going off coffee the days before - it affects the tendons in my wrists so why not my knees? We dropped in on Alison's Dad and then brought round our bakery delights to the family of Barnaby Brown, who generously invited us to join them for high tea (which over here means a full on supper). After 5-year old Sebastian was finished providing excellent entertainment and went off to bed, the evening degenerated into Barnaby and I singing canntaireachd from an 1814 facsimile. Alison sang us a drone until she got sick of it and downloaded a shruti box app onto her iphone. Hmm...perhaps I should invest in iTambura myself.

Back home, I got an 11 pm first viola da gamba lesson on an original Richard Meares bass viol from 1677.

For full canntaireachd immersion, Alison and I dropped in again on Barnaby today, this time at the RSAMD where he was rehearsing with Talitha Mackenzie. We were left with the giggles at Talitha's impression of a classical singer singing a Gaelic work song, obliterating its feel and function completely by singing it up the octave. Then we were left completely awestruck at her rendition of a pibroch learned from archival recordings and invigoratingly accurate in its impression of bagpipe virtuosity.

Then to Tchai Ovna, at the end of the endangered Otago Lane, where surrounded by shisha smokers we drank excellent chai and I said goodbye to the city of Glasgow. I don't know when I'll be back.

Now I'm full of French toast at Frauke's place in Aberdeen, waiting for this conference to kick off. I was welcomed last night with plates of cured venison, ham, pigeon and duck and crab patés, goat cheese and black olive pizza, not to mention an excellent selection of Scottish cheeses and some nice wine.

Upon checking my email, I discovered I've been accepted to give a paper at the upcoming MedRen conference in Barcelona in July. Yey! 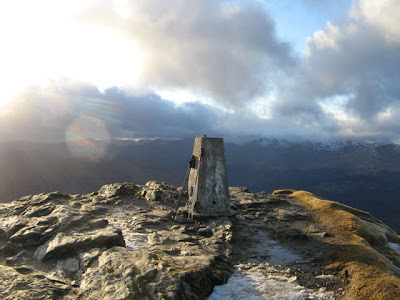 Posted by Catherine Motuz at 12:04