"Oy" because it's almost three o' clock and I'm still glued to my computer with no light at the end of the tunnel - there are still a virtual pile of emails to answer, laundry to put away, a todo list to make for this weekend in Basel, and I've still got to figure out details of my trip to the lakes next week, so it looks like my plan of heading into London is dashed until tomorrow when I've only got an evening show. One email I could have dashed off in five minutes, but the combination of concision and diplomacy extended it to twenty-five. Which reminds me of one of my favourite quotations:

So far I've not seen much of London at all, half-days being sucked into staring at this screen and full days evading that fate only by hopping on a train and going somewhere further afield. Saturday was one such day: I headed down to Chichester for a perfect afternoon: 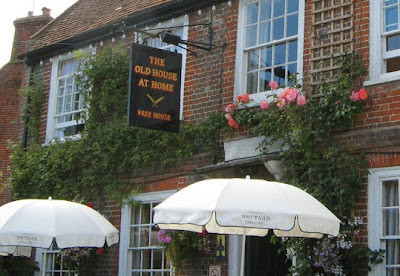 ...followed by a walk by the sea, watching the crabs dart about in the shallows: 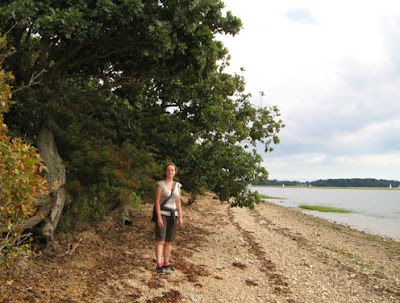 and looking into the myriad other places we could have walked: 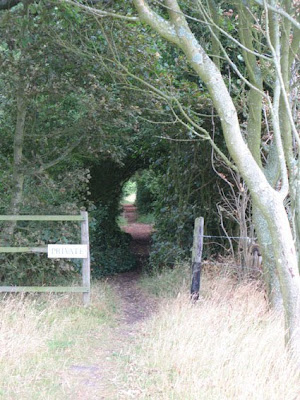 then a cup of tea, plotting ambitious musical projects, and a practise on the trombone before heading into Chichester to walk about and catch my train home. Chichester cathedral is lovely - this is the close where the members of the Men's choir are put up: 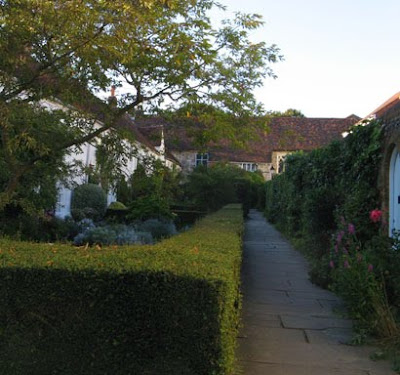 and this is the market square, with North, East, South and West streets all branching away from the tower in the centre of town - a very handy Roman design. You can see by the position of the setting sun, I'm standing on South Street. 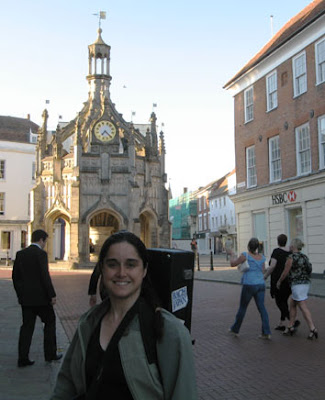 Yesterday was another 13-hour Globe day due to another 8:30 am rehearsal. We started the rehearsal a few minutes late since the café only opened at 8:30 on the nose, so starting with a coffee and muffin in hand made it much better than the last early call, where said objects materialized only at the break. The dep had the daunting task of playing the lute and cittern cues (on baroque guitar and harp) as well as some percussion ones - he could have been a complete stress-bag, but he wasn't: instead he very cheerfully asked "what do I do next?" and managed to keep an admirable level of concentration from morning until night.

Last Friday I was feeling grumpy and bored again and as noted from a post a few weeks ago, a small but important mission is an excellent remedy. Determined to break the trend of keeping myself fed with overpriced sandwiches and ready-meals from Marks & Spencer, I went to the supermarket to stock up my part of the fridge (which had left some mustard, jam, mayonnaise and chutney - all good things but not on their own!). I decided once I got there that since I was saving money I should buy all my favourite foods and came back with, among other items, some herbed organic lamb burgers, tortelli alla zucca (that's with pumpkin and ricotta), the fixings for smolked salmon and cream-cheese bagels, pressed orange juice, nectarines, yoghurt, a free-range chicken and some cod fillets which are presently defrosting. Then I made myself a beef burger with sauteed mushrooms, stilton, walnuts and rocket on thick-cut heavy whole-wheat toast, which I consumed along with the fine local ale I brought back from Cornwall.

Having vowed to used proper English and not litter this blog with lazy and superficial emoticons, please do not mistake the following simple-but-elegant self-portrait of me lying in bed that night, which I have carefully prepared for this entry: