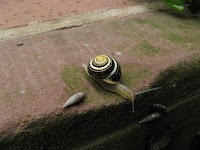 I left off observing a snail at the top of the Heilige Berg in Heidelberg I believe. Here's another one in the garden where I was staying.

The concert in Heidelberg went well, but entering on the cantus firmus of Josquin's Miserere Mei was risky and sounded it too: an unaccompanied choir's pitch naturally moves around and by the time I came in, they'd all gone a bit flat. I followed as best I could, but the moment of entering and correcting was audible and awkward. When we did it a few days later in Paris for the radio, the choir decided it was safer to leave the trombone out altogether. So Tina and I played our Dufay first thing in the soundcheck and then headed off to Versailles for the rest of the day, as you do, thus foiling my current efforts to transform this blog back from being a travel diary into a discussion of music and performance. More on music later, I promise. 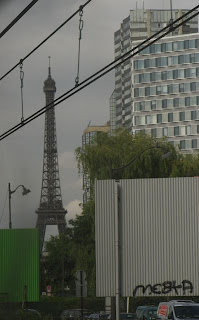 A brief view from the RER 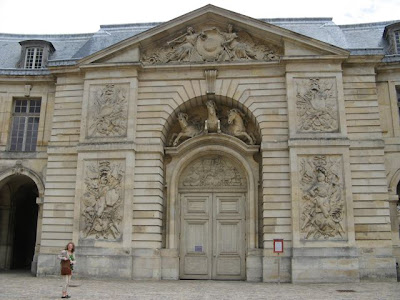 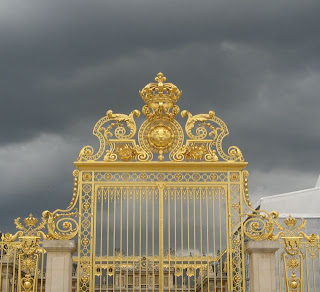 The Golden Gates of the Palace at Versailles 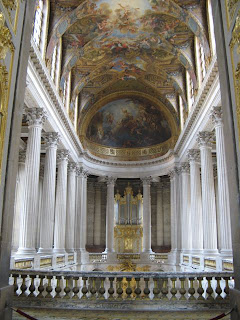 The Chapel where Couperin Worked 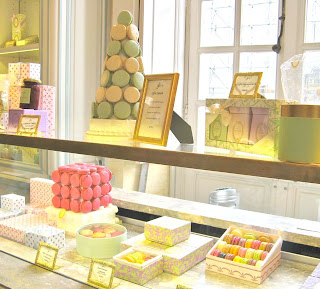 Is that a macaroon or a meringue?
(No, no, it's definitely a macaroon.) 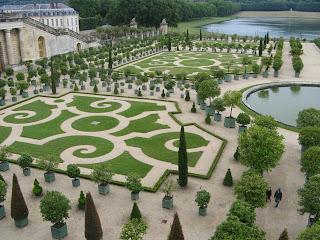 Down by the Silly Gardens...
Let's geek out now for just a minute and talk formants. The brief soundcheck in Paris also involved the very strange experience of playing trombone with singers all around me banging tuning forks and looking at me oddly. A bit rude, if I may say. I was using a mouthpiece that emphases high overtones in order to blend better with the trumpet Tina was playing - so it had more of an "ee" vowel sound than the usual trombone "oo" sound, and because of this, to them I sounded sharp. After showing them on my electric tuner that I was in fact in tune, I changed back to a normal trombone mouthpiece and they were satisfied. Interestingly my last singing lesson also focused on distinguishing clear vowel sounds at all pitches - acoustically the same question of changing the overtones for the same fundamental. Lots of work to do there.

In Paris, by chance our hotel and the concert hall were in or barely outside the 19e arrondissement, where Claire now lives. After settling into the hotel a bit, Tina and I wandered over to Claire's for some magnificent pork in whisky cream sauce - yum!

The morning after the concert, I caught the 6 am Thalys to Cologne and then the very fast train to Frankfurt, where I was picked up and driven to Lauterbach for a noon rehearsal. Oof. Luckily the cheapest seats on the Thalys were in first class - I can recommend it! Free breakfast and pretty reliable wifi the whole way - I was surprisingly rested and in form by the time we had to rehearse.

The project in Langenthal with Arpa Festante - Handel's "Saul" - was a good one indeed. Nate and I were put up privately with some lovely people from the choir, which involved having all of the conversations mentioned in my last post, but also eating very well (though they did feed us sprouts just two days after they'd discovered sprouts were the source of E. Coli!) and going on a bike ride in the countryside. Parts of their little village of Frischborn was quite untouched: 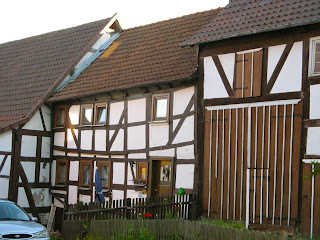 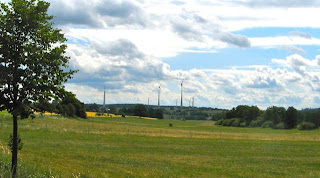 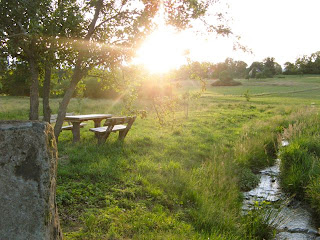 The Lauterbach
I like to work with Arpa Festante a lot because I find it tends to be made up of team players. This was quite true of the trombone section. Not only had we all come from playing at a different pitch and tuning system, but getting out of the car and straight into rehearsal gave us no time to make sure we were on the same page tuning-wise. After rehearsing the trombone bits with the orchestra and having a coffee, we found a room in the church hall next door and had a tuning sectional. We all consciously checked our egos at the door and, neither walking on eggshells nor giving a trace of doubt as to the musical ability of our peers, we determined chord by chord who had to move in which direction to get things in tune. It paid off and I think we all enjoyed the concert much more for it. 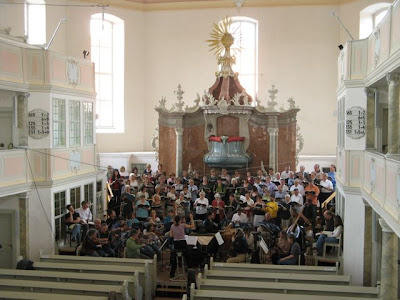 Rehearsal in Lauterbach, during one of many trombone tacets
I've been busy since I came back too - though the sparseness of my posts has as much to do with reoccuring pains in my wrists as general rushing around. I had one quite uncomfortable concert on Saturday, playing only fairly high and very low parts, all in awkward keys. The conductor emailed us all to make sure that we'd printed out the 40 pages of score she'd sent us and would have it cut, paste and taped it into parts before the first rehearsal - about 3 hours' work to do it properly and a fair expense of paper and ink. Having myself at one point put in over 100 hours editing music and making parts for a project that I was in charge of in order that no musician would have be forced to volunteer their time for secretarial work, I was a bit taken aback that there were no pleases or thankyous involved in telling us we had to make our own editions. Finally I convinced myself that 50 francs of the fee was in fact for this hassle and expense, as the rest was still not a bad concert fee in the end. This past Easter though, I met a conductor in Basel to get some notes to play from and when he tried to hand me a full score I simply refused to take it, saying I couldn't make the page turns while playing and really didn't have time between now and then to re-photocopy the whole mass onto single-sided paper and cut and paste it into parts - which was absolutely true. I explained him what needed to be done and he had parts ready for us by the rehearsal. In other instances when I have had the time, I've been happy to help out with making editions, but usually only if asked nicely by someone who knows just how much of a faff it can be.

After this concert on Saturday, I returned home where Alex had prepared a feast in my honour - it's one of the last days we're all in Basel before I leave my flat. After home-made paté on spelt rolls, cold pea and mint soup, came perfectly roasted duck breasts, new potatoes and carrots. Two home-made ice creams, gooseberry and strawberry-elderflower were served with home-made cookies for dessert and it was all fantastic. 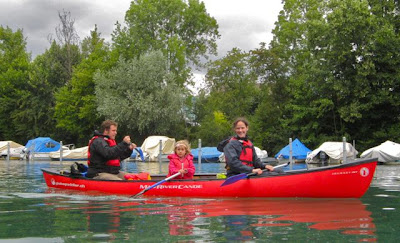 The next day, the whole Potter family and I we headed out to the Bielersee to rent a canoe and a kayak and go paddling. The clouds were ok but the wind gusted right through the valley, and after building up over 14 km of like the waves were steep and around 4 feet high, some of them cresting. I went out a few times in it in my kayak (the water was far warmer than in the ocean last July after all) and alternated fighting and riding the waves, but it was far too dangerous for the kids in a canoe so with them we stuck to the quaint canal running through Biel instead, observing all manner of duck. A good time was had by all. Now the rest of the week involves playing another two concerts, organizing moving when I can, and getting my talk ready for Barcelona - lots of reading still to do. Thank goodness it's the longest days of the year!

Posted by Catherine Motuz at 14:00