Yesterday morning I had a typical London public transit experience: I got caught in traffic on the way to Woking train station, and then the next train that I caught itself was also late. Not by much, but enough that I ran to the Globe from Waterloo station (thanks, shiny new London A-Z!) and came in all ready to apologize for being 6 minutes late... when I realized there was no one there to apologize to...yet. I had arrived first. I'm not sure exactly what lesson I've learned yet, but I'm taking the pre-train bus connection to St. Pancras tomorrow to give myself an extra 20 minutes to catch the Eurostar.

After my Globe rehearsal, I walked around the vibrant Borough Market - what a lovely atmosphere (if a bit posh). I thought, looking at all the fresh items, 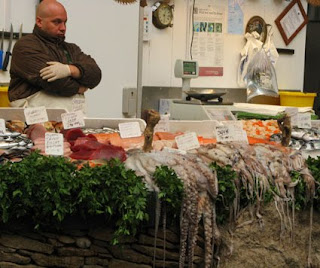 ...that if this is the closest source of lunch food to the Globe, then I may wind up fulfilling my hope to eat healthily this summer.

num num num
Then I met Alex and Henrik for souvlaki by the Thames and sauntered around London, dropping into St. Martin-in-the-Fields only to see the ABO concertmaster rehearsal for a concert that evening. Funny how the Early Music world is so small that, in a city with more people than all of Switzerland you can bump into someone you worked with last week in Northern Italy.

I finally achieved the small goal of acquiring new slide-o-mix (without which a trombone practise can get very miserable, if not utterly pointless) and despite walking through a dense jungle of tourist hotspots, failed to find a Union Jack sticker to distinguish my twin cell (UK: mobile) phones from each other. I didn't get twin phones on purpose; Zoe had an extra one which she very kindly gave me (thanks Zoe!), complete with UK charger - already I've swapped the batteries twice when the important one was dying. So today I bought some coloured electrical tape and did the job myself, with the added advantage that I have a Swiss flag too and can even distinguish them by feel: 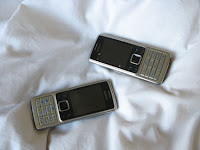 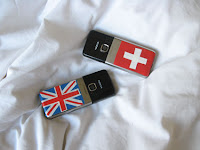 Walking down Oxford street I had a perhaps-too-rare experience of suddenly needing desperately to play my trombone. I'm not showing off. Rather, I needed desperately to take some deep breaths and think of just one thing at a time, and I was not going to achieve this on my own. In fact, I never really learned how to do this on my own (I can sometimes manage one or the other now that I'm 30), which is one of the main reasons I stuck with the trombone in the first place. So I hopped on the tube back to the Globe and played and played, and when I left (passing a man who had just been shot with arrows in the hallway), I felt fantastic. 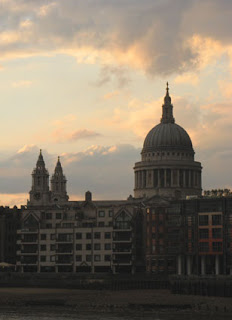 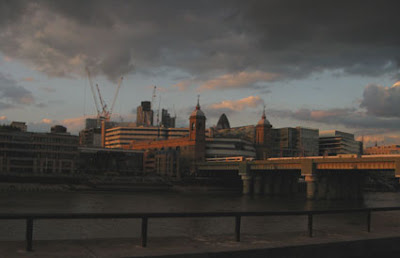 Today, by contrast, after staying put, seeing I've been paid for something, achieving the appointment I've been trying to get, successfully opening a bank account, buying a gorgeous leather pair of hiking boots very cheaply, and discovering 2 pounds 50 ($4) hummus and vegetable pita wraps on the corner, I was so contented that I had to haul myself grumpily downstairs to bother my brain with the myriad little exercises which should make tomorrow's Vespers easier than if I'd not done them.

I'm off to "the continent" at stupid o'clock tomorrow, and I think I'll leave this massive computer at home, so if I update this before Tuesday, it might be a lame sentence or two tapped out on my iPod touch. Does anyone else attempt to right-click by tapping the screen with their middle finger instead of their index?

Someone asked me today what my favourite word is, and I told them without hesitation: "with." Ignore its (indispensable!) meaning for a moment; Say it out loud and try to disagree that its a word of acoustic genius. Say it again, milking the quirky shapes it coaxes effortlessly from your lips and tongue. Despite its one quick vowel, you can start to say it very slowly... you can also keep saying it long after you think its over... With.